Everybody is aware that ‘Jab We Met’ star Kareena Kapoor Khan debut film is ‘Refuge’ with Abhishek Bachchan but the first film she offered and shoot was ‘Kaho Naa Pyaar Hai’ but due to some differences the film landed on to Ameesha Patel after Kareena left the project.

In an interview held recently Bebo aka the ‘Udta Punjab’ actress Kareena revealed that, “My first shot was for Rakesh Roshan’s ‘Kaho Naa Pyaar Hai’, which is still there in the film. I was there behind the rock. There is a scene that is there in the blue sweater and jeans. That’s me, not Ameesha.”

Did anyone notice this while watching the film?

Have a look at the rare picture of Kareena Kapoor Khan, Hrithik Roshan and Rakesh Roshan. 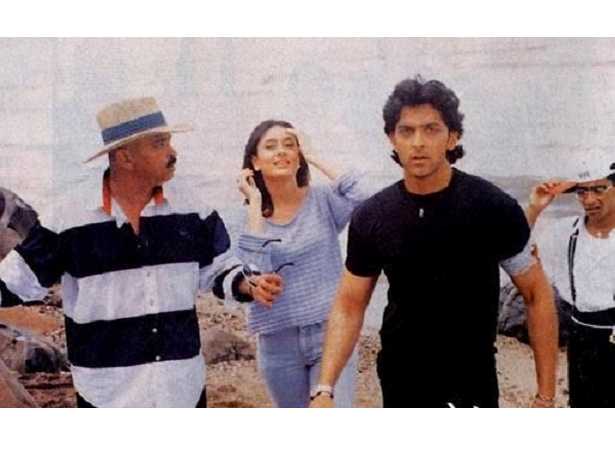