From fasts, worships, and prayers to chanting the name of God all day, people do a lot to attain peace. Chardham Yatra is believed to be yet another way to please God. Millions of people seek a Chardham yatra package for themselves as well as their near and dear ones. The Yatra holds an important place in the hearts of people. While most people do so for their religious beliefs, some go with the purpose of traveling and adventure. Yes, the places are adventurous along with spiritual. Searching for a Chardham yatra package that is value for money is a cumbersome task and needs good research. This article is to provide you with a deeper insight into it.

What does Chardham mean?

Before proceeding with the details of the Chardham yatra package, it is important to know what exactly Chardham means. As per the name, ‘char’ means ‘four’, and ‘Dham’ means ‘abodes’. These are the four pilgrimage sites in India that are believed to help in attaining salvation. The names of the sites are Badrinath, Puri, Dwarka, and Rameshwaram. There is also a Chhota Chardham that refers to the four pilgrimage sites of North India. There are many hospitality services that provide Chardham tours whose costs vary according to the chosen package.

Why go on a Chardham yatra?

As said earlier, the reason behind going on a Chardham Yatra is mainly the religious beliefs people hold. According to various holy books and sayings, one must go for a Chardham yatra once in a lifetime. The pilgrimage destinations are a way to unlock the hidden treasures of nature and its awesomeness. So choose the Chardham yatra package according to your preferences and experience peace and spirituality at its best.

First comes the Yamunotri Dham, which is known as the origin point of the holy river Yamuna. This Dham is situated in the Uttarkashi district of Uttarakhand. The idols of Hindu lord “yam” and goddess “Yamuna” are placed in the holy temple situated here. According to the Hindu religion, the Yamuna River is believed to be one of the most sacred rivers in India. Other sites to visit here are Suraj Kund and Gauri Kund, where the hot spring water bath is taken by devotees.

Second on the list is the Gangotri Dham, which is popularly known as the origin point of the river Ganga. This river is believed to be the purest of all the rivers present in the country. People say that the presence of lord shiva can be felt at the Gauri Kund present here. That is why devotees of lord shiva from across the globe come to visit this place. A magnificent idol of Goddess Ganga made of gold can be seen in the temple, which is situated in between the great Himalayas. This mandir is made on the right corner of the river Ganga. Ganga temple is open for the devotees for 6 months and remains closed in winter due to heavy snowfall.

The next Dham is called the Kedarnath Dham and the Chardham yatra package given by us will include the Kedarnath package and Badrinath Package also. It is believed that lord shiva came to the earth 12 times and in those places where he came, a joytriling was formed and Kedarnath is one of them. Kedarnath Dham is situated in the Rudraprayag district of Uttarakhand and is counted among the most visited places in India. The great Kedarnath temple was made with such an interlocking stone system that during the Uttarakhand floods of 2013, this temple was the only place that remained intact.

At last, you will be taken to the Badrinath temple, for the darshan of great Badrivishal. This Dham is situated in the laps of the snow-covered mountains of the Himalayas and has great importance to the Hindu people. According to the Hindu shastra without the darshan of Badrinath, the other Chardham yatra is not accepted.

Where to start from?

Although many people already have enough experience regarding the tour, first-time visitors may take the help of hospitality services. These services are there to make your journey easier. One can search for them on the internet or contact the local services that provide Chardham tours. They have all the relevant information about the tour. Hence, you won’t have to worry about anything after that except packing your bags. Know the Chardham yatra package cost and select the one which suits you. 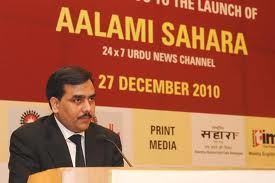 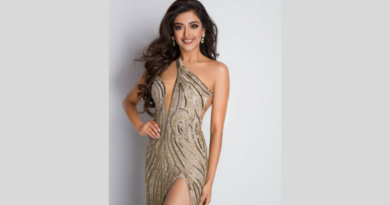